The main purpose of HB9Q is to operate DX, especially EME from 50 MHz to 10450 MHz by sharing HB9CRQ’s shack and equipment.

During September of 1998, after 19 years of activity from HB9CRQ’s old QTH (residential area, see also HB9CRQ QSL-card) all equipment was moved to an industrial area 5 km NW of the old QTH.

Dan was first licensed as HB9PMD in February of 1979 at the age of 17. He was always very keen to work weak signal DX. So he became QRV on 144 and 432 Tropo and enjoyed very much his first Es QSOs on 144 MHz the same year. Later he added SSB MS (what a pain!) and Aurora QSOs.

In January of 1983 Dan successfully passed his CW exam. His new call-sign is HB9CRQ. Now DX really became a big thing for him. He started EME in 1983 on 144 MHz with 8x9el F9FT! Highspeed-CW MS with a tape-recorder was also a lot of fun! In 1984 he made his first 432 MHz EME QSO with 8x19el F9FT. The antennas started to grow and the legal power level was reached soon.

1993 Dan was working 6 month in California for his company. He passed all exams up to the Extra Class (including 20WPM CW). He was very happy to get his US-call AB6XT (which he never used). He applied for his vanity call KT6Q, which he got in 1994.

In 1998 he had to make a big decision; his station in a residential area, at his parents home, needed more and more repair. So the question was, invest to repair and upgrade or change hobby? Well, you know what the decision was! He decided to move his station to an industrial zone nearby and to share his shack with some good “old” friends, who share his passion for weak signal work on VHF and UHF. In 1999 the call-sign HB9Q was assigned to him and his group. It took more than one year of planning and building to get the new shack with the 15.28m mesh dish in Reinach/AG ready. HB9Q became QRV October 1998 on 144 MHz EME (still using the 8x19xxx) and in spring 2000 on 432 MHz and 1296 MHz EME using the brand-new 15.28m mesh dish. More and better antennas and more bands were added throughout the years.

Dan loves to operate, to listen/look for QRPPP stations and work new initials and countries. Since his second hobby is traveling, he combined hobbies and started to do EME DXpeditions.

Dan has an MBA of the University of Berne in Switzerland and did run his family business for 17 years. He sold the company in 2007 at the age of 45. Now he enjoys much more free time for his hobbies.

In July of 1982 he successfully passed his CW exam. His new call-sign is HB9COG.

Sam, being an electrical engineer, is very much interested in all technical aspects (electrical, mechanical and software) of our hobby. He helped Dan, HB9CRQ, building his first station in 1979. Since that time he is the technical leader and chief-engineer for all projects at HB9CRQ’s station.

In 1998 Sam and Dan decided to move Dan’s station to an industrial zone nearby. Sam took on the huge challenge and acted once again as chief engineer and project leader. In 18 month of hard work the huge project was successfully accomplished and the new shack with the new 15.28m mesh dish in Reinach became QRV.

Sam has a bachelor degree in electronics from the Technical University of Brugg (Switzerland). He runs his own family business since more than 20 years. 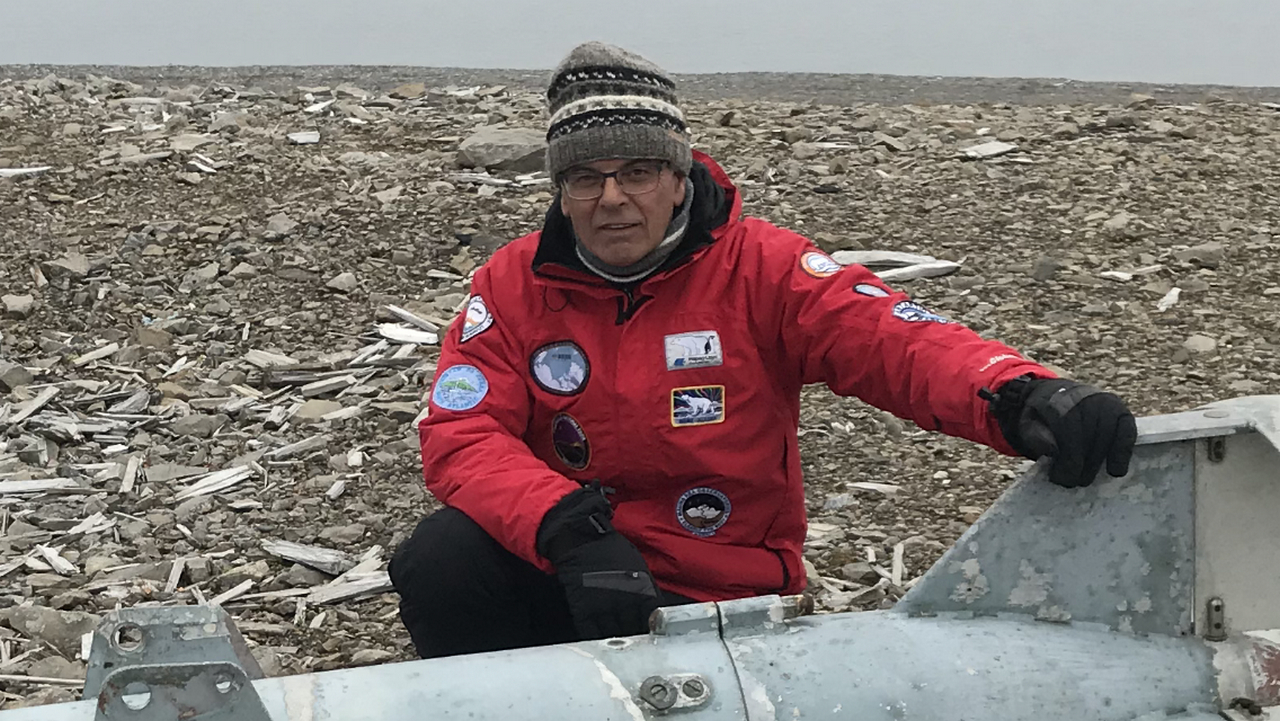 Mark got his VHF only licence in 1982, his call was HB9RQZ. Soon he met HB9CRQ and HB9RCI (now HB9JAW) on the 2m band  and sure enough got infected by the VHF DX virus. This virus lasts since then, he never was really QRV on HF bands. In 1985 Mark finally passed the CW exam and got his actual call: HB9DBM.

This opened even more possibilities to work DX on VHF: CW weak signal Tropo, high speed CW for Meteor Scatter and finally he managed to build his own small EME station in the late 1980s until the mid 1990s (4x15el yagi, 1KW on 144MHz) and worked 76 DXCC via the moon. Due to a move to a new home he had to take down his antennas and at the new place he was not allowed to build them up again. So Mark became one of the HB9Q founding members.

Recently Mark is active on SOTA (Summits on the Air), enjoying the outdoors and using QRP HF Equipment with good success.

Bodo was first licensed as DG1OBJ in 1991 at the age of 16. He was not really active with that callsign due to the fact that he did not have the chance to set up large antennas. In 1993 he decided to pass the CW exam to get access to the 6m band, which was back then very limited in Germany. He got the call DL3OCH and was active with home made transverter on 6m only.

In August 1994 was his first DXpedition to HB0. Here he has found his passion for DXing and DXpeditions. While he first operated in SSB only, he started to operate more and more in CW.

1996 Bodo joined the German Navy where he was based on the sail training ship “Gorch Fock” for almost four years. This was an excellent opportunity for DXpeditions due to lots of sailing around the world. Next to the special callsign DA0GF he activated VP9, CU2, ZB2, EA9,… and many other DXCCs in CW only.

2002, after the first successful tests on 1296 tropo with DJ9YW, he decided to take theequipment on his DXpedition to MJ and MU. Using JT44 it was possible to get first QSO between MU-DL on 1296 tropo (884km). This was the key to take 1296 on further DXpeditions and operate even via EME with a single yagi.

Next to EME and DXpeditions, he likes hunting and activating IOTAs as well as travelling in general. He also holds lectures (e.g. Ham-Radio, VHF-convention) and publishes articles if his time permits it.

He is an RF engineer and used to work for several years in the antenna development. Several years ago he moved to Switzerland where he works for a commercial transmitter builder.

The EME project at OA4O (Peruvian Radio Club) gets his attention; the idea to bounce signals off the moon was fascinating him very much. But by the time he received his license the project at OA4O was already suspended (until 2005).

He was enrolled as an active member on the APDX (Peruvian DX Association) founded by Nathan Sterental OA4OS (sk). In 1994 he was member of the first IOTA Dxpedition activating the first Peruvian IOTA SA 052, San Lorenzo, with the call sign 4T0SL.

In 1997 he moves from Lima to Bogotá, Colombia, from there he operates 3 years as HK3TAS, concentrating his activity from 28 MHz to 432 MHz.

In 2000 he moves to Switzerland and gets his Swiss call HB9DRI. Due to space limitations for antennas he operates QRP on HF. Never the less he was able to contact 130 countries in HF. The passion for ham radio is shared with his wife Helene who is in charge of administering the log and the QSL’s.

In 2005 Alex’s dream became reality! He was the project-leader of „OA4O back to EME“. With his friends of OA4O they made a major effort to fix, if needed replace the existing equipment and add what was missing. Finally, they succeeded to reactivate the 8m dish which was QRT for 15 years. They made 12 initials on 432 MHz.

In 2015, for working reasons, Alex moves to South Africa where he operates as ZS6EME, especially on 2.3 GHz. He decides to re-learn CW after more than 25 years of inactivity. He manages to complete 90% of his EME QSO’s from South Africa in CW, most of them random, and also a good number in SSB and JT.  Never the less he is not devoted exclusively for one single mode but he prefers SSB as the REAL KING mode for EME. Last but not least in 2017 he participates in the 3DA0MB DXpedition in Swaziland. And he activates with Sam, HB9COG and Dan, HB9CRQ 5.7 and 10 GHz on EME using his call ZS6EME.

Alex has a University Degree in Communication Sciences of the University of Lima. He is a very experienced technical specialist in telecommunications, having worked several years in mobile telephony and data infrastructure worldwide. He worked as IT System Architect for the Swiss government for almost 10 years. 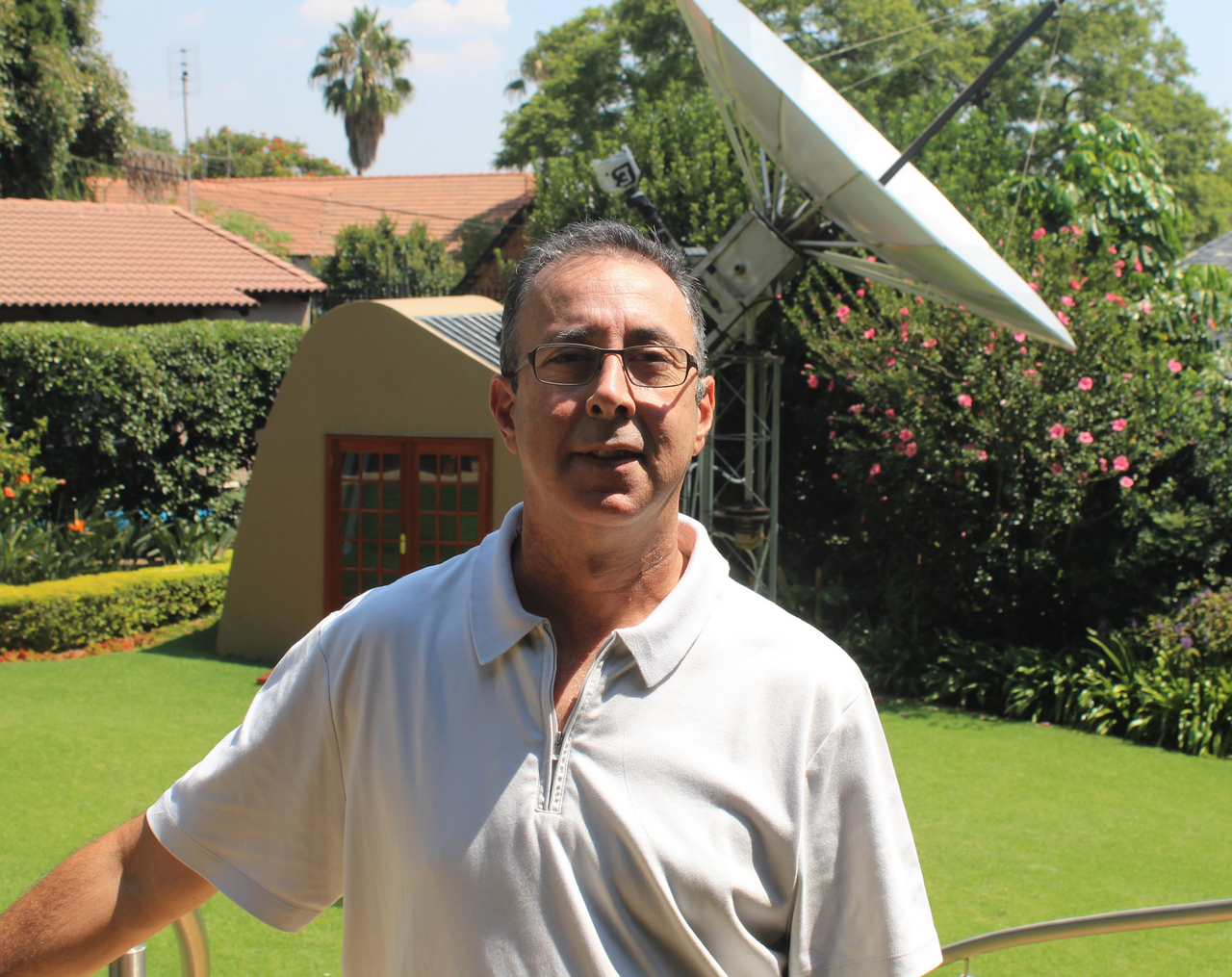